New Jersey Motorsports Park is located on 500 acres immediately adjacent to the Millville Airport, an airport that was dedicated in 1941 as America’s First Defense Airport which played a key role in the country’s World War II military efforts. 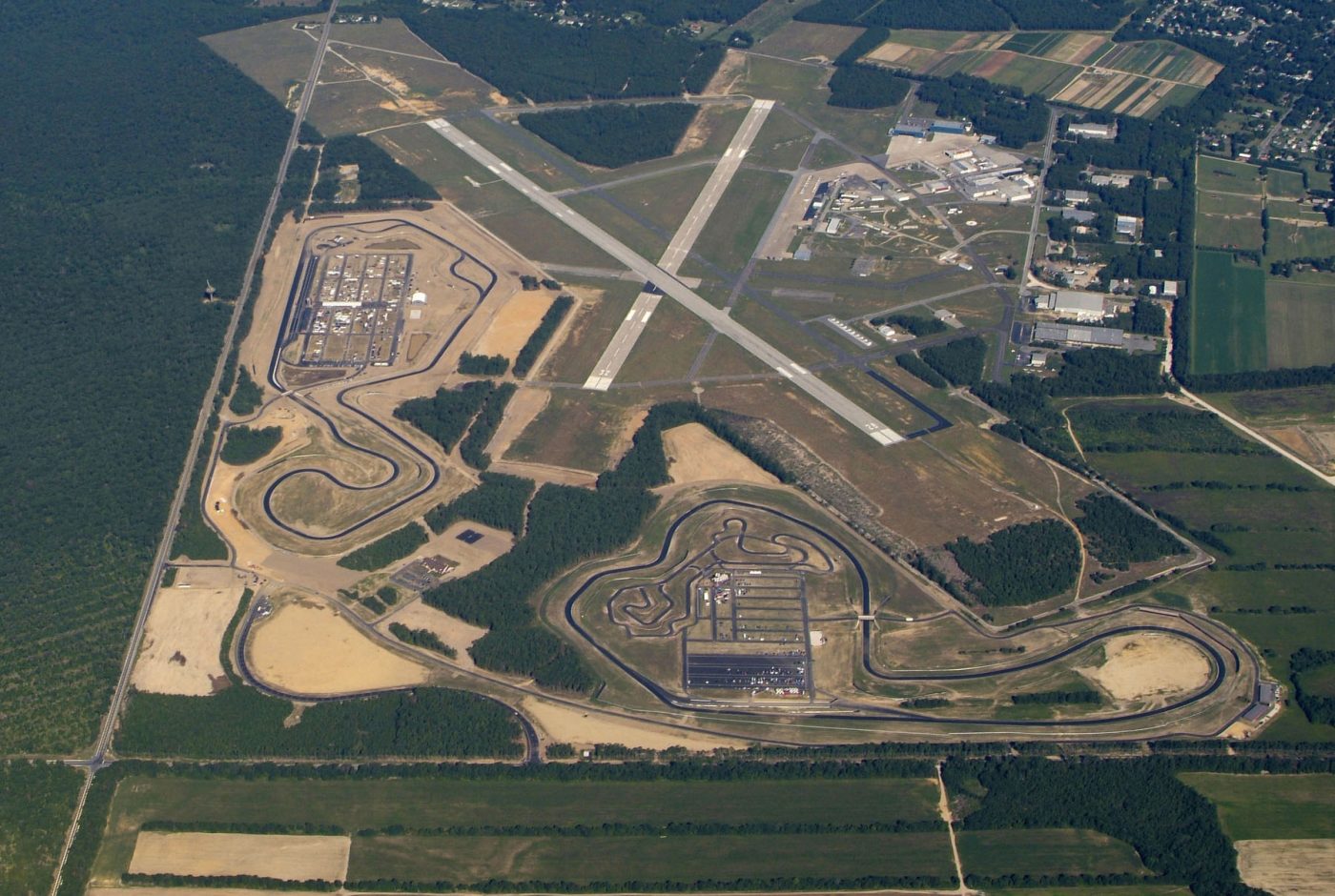 The Millville Army Air Field opened as a gunnery school for fighter pilots for the Republic P-47 “Thunderbolt” in 1941. During its four-year existence, about 1,500 pilots received advanced P-47 Thunderbolt fighter training here.

New Jersey Motorsports Park also carried the historical WWII theme by naming its trackside condominiums “The Villas at Breighton.” Breighton was the name of an allied airfield in Great Britain, where many of the Millville trained P-47 pilots served during WWII.

Other ties to the WWII theme include the English Tudor design of the clubhouse, the Officers Club Q-Hangar design that contains Cumberland County’s largest banquet facility and the Timing Tower that resembles a WWII air traffic control tower.

While building the various structures at New Jersey Motorsports Park, many WWII artifacts were found and collected for display at the Millville Army Air Field Museum, located on the opposite side of the Millville Airport. The Bore Site range, located just outside Thunderbolt Raceway Paddock was used by Thunderbolt pilots during training as a range to calibrate their machine guns.

Today, a P-47 Thunderbolt- No Guts, No Glory aircraft is based out of Millville Airport. It is one of only nine in the world that still flies. Keep an eye on the sky when visiting NJMP – you may just see one pass by overhead.