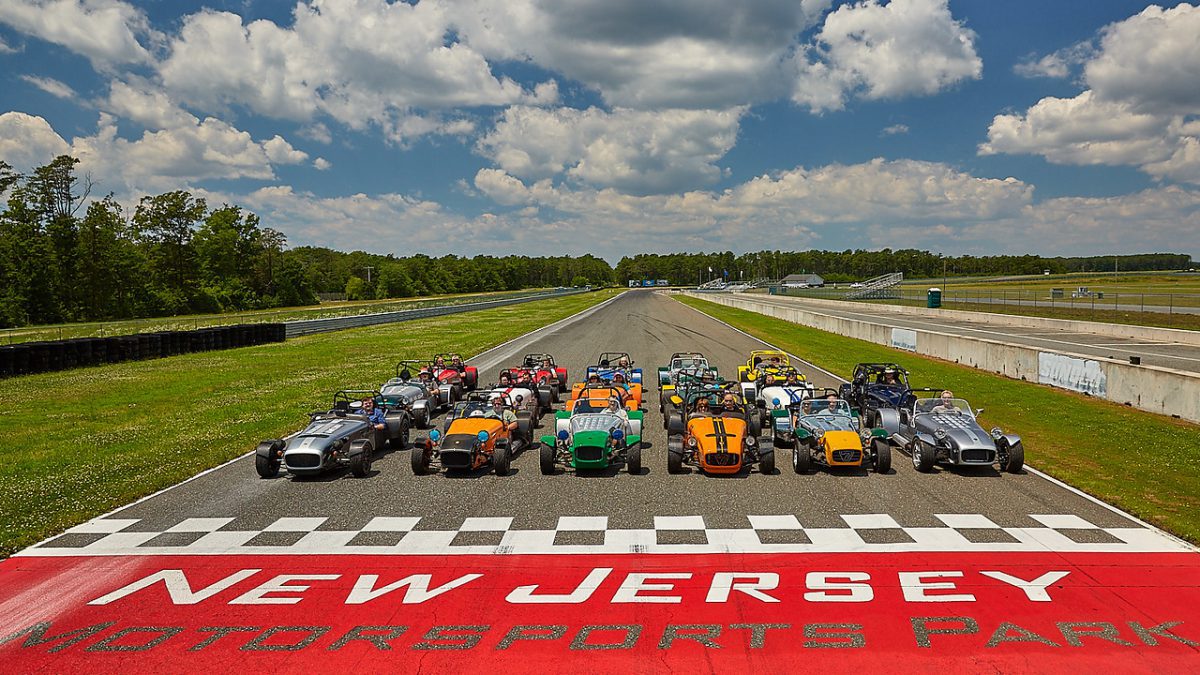 NJMP President & COO, Brad Scott, sums up the excitement of the 2021 season schedule with a fitting enthusiasm, “After a 2020 season comprised of many unfortunate cancellations, all of us here at NJMP are ready to get back on track and give our fans what they’ve long awaited: A filled 2021 event schedule! It feels good to be able to look toward the future and see the excitement to come. With the return of events such as MotoAmerica, CCS, Lemons, AHRMA, along with the addition of Road to Indy; This upcoming season is set to be the premier display of racing originally planned for 2020. Not to mention the various off-track events NJMP is set to host throughout the year, including a brand new Summer Concert Series.”

July at the Motorsports Park features two events, in Championship Cup Series II July 3rd – 4th and the SCCA US Majors July 16th – 18th. In thrilling fashion to round out the season NJMP is set to host the returning Road to Indy August 27th – 29th, Championship Cup Series III September 4th – 5th, and MotoAmerica Championship of New Jersey September 10th – 12th. The on-track event season wraps up with the second New Jersey appearance of American Endurance Racing November 19th – 20th. “We’re elated to offer such diverse events at NJMP year after year” says Assistant General Manager Justin Kamm, “2021 will be one of the most exciting seasons to date, from festivals to racing events there’s an attraction for everyone.”

In addition to the on-track action packed into the 21’ race season, NJMP gears up to host a variety of off-track events, including the Monster Truckz Extreme Tour May 21st – 23rd, NJMP’s 5th Annual Food Truck Festival June 12th, a 1st Annual NJMP Beer Festival September 11th, and a new Summer Concert Series I, II, and III spread between June 19th and August 14th. You can view the full schedule at the bottom of this release.

Aside from the list of ever exciting major events, NJMP’s own private membership clubs boast their own fervor of anticipation for the 2021 season. Track Operations Manager & Riders Club Director, Charity Giovanelli, states “We couldn’t be more excited about the Riders Club 2021 season and the positive changes we’ve made. One of these changes is going to be the limitation of each run group to 35 riders, providing a higher quality track day experience along with a safer environment. The schedule has a great mix of weekdays and weekends, giving our riders options based on their availability! 2021 will be an amazing year.”

“2020 will be a season not easily forgotten”, says Drivers Club Director Jarret Novack. “Through teamwork and innovation we were able to increase member participation, member base, and our members time on track. Bringing these aspects with us into 2021 will allow for another epic year, accompanied by a longer track day schedule and some exciting new benefits for our members.”

Monthly Motor(less) Nights, held each third Thursday of the month, are a growing attraction where NJMP allows the public to traverse one of their world-class road courses using a non-motorized mode of transportation – and will be continuing into the new season as well.

Event tickets will be on sale soon at njmp.com! All events and dates are preliminary and subject to change. Children 12 and under are free to most events. For additional announcements relating to the 2021 race season at NJMP please visit njmp.com. You can also stay up to speed with us by following our Facebook posts at New Jersey Motorsports Park – NJMP, Instagram at @njmotorsportspark, or Twitter at @NJMP.