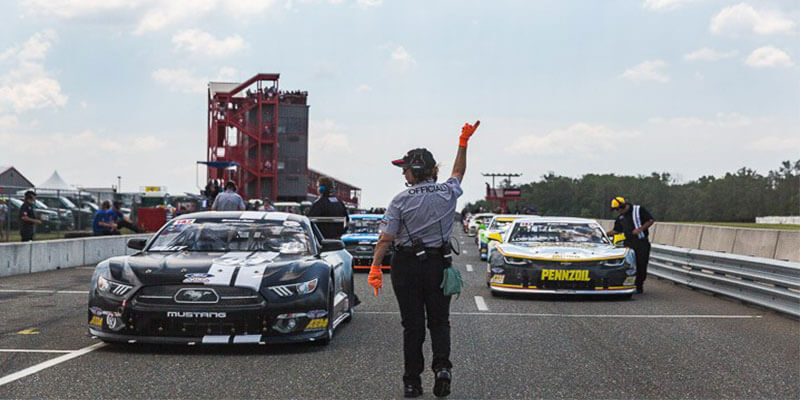 – The Trans Am Racing Series returns to New Jersey Motorsports Park (NJMP) this weekend, October 6-8, for Weekend of Thunder featuring F1600 Championship Series, F2000 Championship Series, Atlantic Championship Series, and Fidelity Power Systems Pro-IT Series. For the fourth consecutive year, and round 11 of the 2017 Trans Am Championship presented by Pirelli, muscle cars take to Thunderbolt Raceway for three action-packed days of racing and activities, welcoming fans of all ages to experience the roar of excitement at the Millville facility.

A Trans Am Series race featuring Camaros, Challengers, Mustangs, and Corvettes, is 100-miles in length, and does not require a mandatory pit stop for fueling, tires or driver changes. As a sprint, it is driver versus driver, and that means it’s flat out racing from start to finish. Past Trans Am champions include Scott Pruett, Brian Simo, Scott Sharp, and Boris Said.

Fans won’t be limited to on-track action, as the fast-paced, high-flying riders of Hells on Wheels BMX Stunt Show will perform throughout the weekend. NJMP offers fans an all-inclusive experience with open access to garage areas and drivers, and a Fan Walk on Sunday, October 8.

All hot rods, muscle cars, collectors and car enthusiasts are invited to Kick off race weekend at the Finish Line Pub at the heart of New Jersey Motorsports Park with a Cruise Night and Happy Hour Friday, October 6, from 5:30 p.m. to 7:30 p.m. The evening will feature live music, complimentary buffet, and free parade laps on Thunderbolt Raceway for show participants – a parade lap meeting will be held at 6:00 p.m.

For tickets and additional event information please visit NJMP.com. Tickets available online starting at $10, and children 12 and under are free. Online ticket sales end Wednesday, October 4 at 11:59 p.m. Tickets will also available for purchase at the gate. Stay up to speed with NJMP by following on Twitter: @NJMP, Instagram: @njmotorsportspark, Snapchat: njmotorsports, or becoming a fan on Facebook at New Jersey Motorsports Park – NJMP.